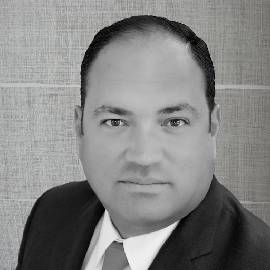 With more than 27 years of experience as a lawyer and specializing in Government Management, Mr. Núñez has extensive knowledge in the areas of government, business, commercial and corporate legal matters, financial matters and management of companies and projects.

As founder and senior partner of the Miami office of Command Consulting Group Miami (www.commandcg.com). Mr. Núñez developed and promoted the company, signing several strategic partnerships and representation contracts, with companies and individuals in the United States and several Latin American countries.

He developed relationships with various public, political and private figures, in the area of Florida and Washington DC, developing an interesting business network and allies in both the United States and Latin America.

Mr. Núñez was one of the founder and Principal of Sekura Group LLC. He is currently the Founder and CEO of Atlas Tac Group (www.atlastac.com), a company with presence and Representatives in several countries of America and which is dedicated to Advising, Consulting and Training in everything related to National Security issues, Airports and Ports, Police and Military Force and Protection Services.